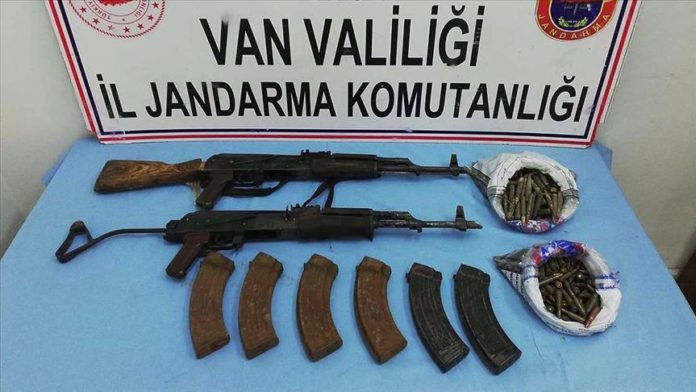 An anti-terror operation was launched in a rural area of the Baskale district to locate stockpiles and hideouts of the terror group.

Two Ak-47 rifles and some 7.62 mm cartridges were confiscated during the operation.

In its more than 30-year terror campaign against Turkey, the PKK — listed as a terrorist organization by Turkey, the US, and EU — has been responsible for the deaths of over 40,000 people, including women, children, and infants. The YPG is the PKK’s Syrian offshoot.

* Writing by Seda Sevencan in Ankara

November 28, 2020
ANKARA  - Anadolu Agency is here with a rundown of the latest developments on the coronavirus pandemic and other news in Turkey and around...

November 28, 2020
TEHRAN Iran's Supreme Leader Ali Khamenei has condemned the killing of the country's top nuclear scientist and called for action against the perpetrators. In a statement...

EU says fight against terror not directed at religion

UNICEF alarmed by spike in school attacks in Cameroon

November 6, 2020
We use cookies to ensure that we give you the best experience on our website. If you continue to use this site we will assume that you are happy with it.Ok